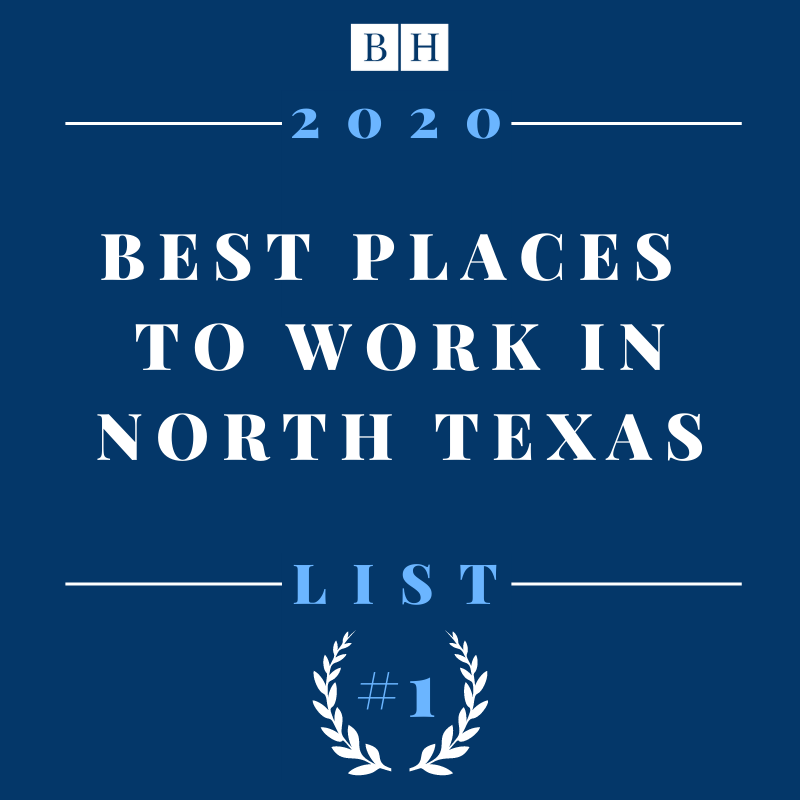 Beacon Hill Staffing Group’s Dallas, Texas, office recently ranked 1st among companies in the Dallas Business Journal’s “Best Places to Work” survey. The office was one of 100 recognized overall, and ranked first among 30 companies in its category. Beacon Hill’s Dallas offices are home to 37 employees in Dallas-Fort Worth area, who in turn are a part of an over 980-person team nationwide. This year marks the eighth time the Dallas office has been named a “Best Place to Work”. Beacon Hill came out on top with a Best Places to Work score of 97.52.

Additionally, Quantum provided more insights as to why the top three companies in each category finished where they did. For Beacon Hill, Quantum found that the statement “I clearly understand how performance is measured” was 18% more favorable than the average small company in Dallas. Secondly, employees reported that S.M.A.R.T. goal setting provided a way of setting clear expectations and achieving goals.

Beacon Hill’s top placement among best workplaces in Dallas comes at a critical time for employee engagement. According to a recent Gallup survey, the pandemic, combined with economic hardship and societal tensions, have created drastic fluctuations in levels of employee engagement. After remaining relatively stable for years, Gallup reported an increase in employee engagement to 38% in May, followed by a drop to 31% in June and a rebound to 36% in September. The ratio of engaged workers to actively disengaged workers – employees who have miserable work experiences and negatively affect their colleagues – dropped from 3.1-to-1 in early July to 2.8-to-1 in early September. The level of volatility speaks to the importance of employees finding a workplace where expectations are clear, and where trust is apparent. By providing stability during times of uncertainty, employers can have a drastic effect on their employees’ productivity, as well as their overall wellbeing. 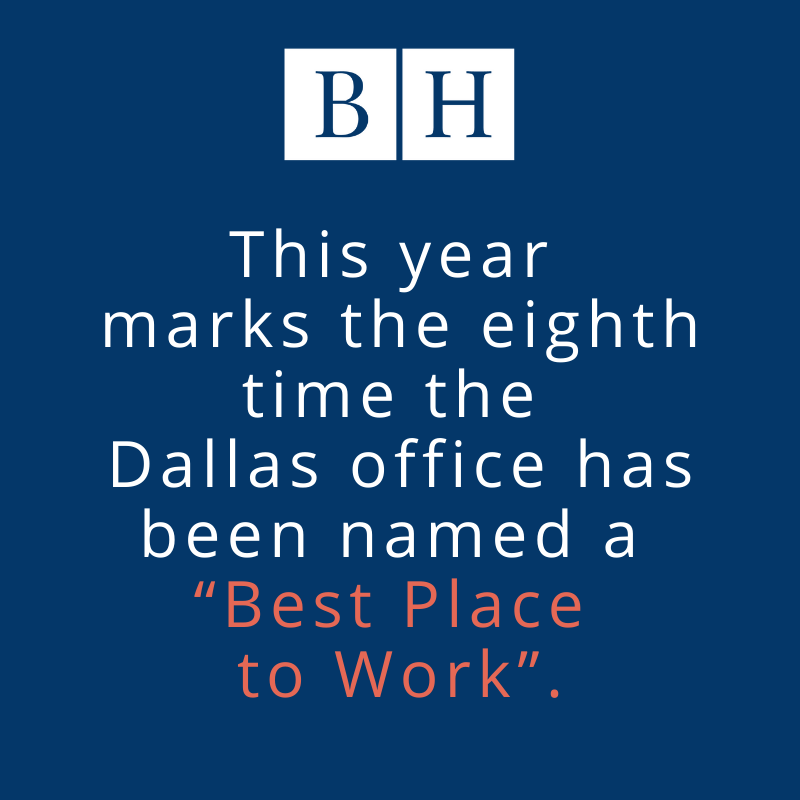 The 18th annual Best Places to Work Awards marked the first ever drive-in socially distanced celebration. The award ceremony was hosted at the Texas Motor Speedway in Fort Worth on Thursday, November 12th. The winners were recognized for being work places that value their employees and treat them like family as well as companies that embrace their culture and have adapted to a whole new way of doing business during a pandemic.

North Texas companies scored almost two percent higher than the national average, as well as scored higher than the same survey that was taken in 2019. Beacon Hill was one of four companies that have been recognized consistently for at least eight years.

The awarded companies, selected from an initial pool of several hundred, were ranked within their respective groups based on company size – Micro, Small, Medium, Large, and Extra Large. Companies were rated based on an indexed score created via employee responses to a survey conducted by Quantum Workplace.

As for the methodology behind the survey, “The Quantum survey measures six key engagement categories including: team dynamics, trust in leadership, communication and resources, manager effectiveness, and personal engagement. In order to receive statistically sound results, companies must reach a minimum level of employee participation, based on total number of employees, to be eligible to be as a finalist. Responses from each question of each completed survey are compiled and evaluated. Companies are ranked, and finalists are chosen in each size category according to their overall score. This score is calculated by compiling all raw data from the questions.”

Beacon Hill Staffing Group’s niche brands provide direct hire, executive search, temporary staffing, contract consulting, temp/contract-to-hire, and MSP/VMS and RPO solutions to emerging growth companies and the Fortune 500 across multiple market sectors and all industries. In 2020, Beacon Hill has continued its 10-plus years of growth, being 8% ahead of 2019 figures, outpacing an industry that has largely contracted throughout this year. Over time, office locations, specialty practice areas and service offerings will be added to address ever changing constituent needs.